Apple has pledged to reach 100% carbon neutrality across its entire business and supplier network by 2030. Is it too good to be true?

On Tuesday, Apple unveiled a new plan to reach 100% carbon neutrality by 2030.

The smartphone, software and consumer electronics manufacturer is already carbon neutral across its corporate operations, and has been powering its data centres using 100% renewable energy since 2014.

The new commitment extends Apple’s carbon neutrality efforts to include its entire business, manufacturing supply chain, and product life cycle, meaning that, by 2030, every Apple device sold will have net zero climate impact.

“Businesses have a profound opportunity to help build a more sustainable future, one born of our common concern for the planet we share,” said Tim Cook, Apple’s CEO. “The innovations powering our environmental journey are not only good for the planet — they’ve helped us make our products more energy efficient and bring new sources of clean energy online around the world. Climate action can be the foundation for a new era of innovative potential, job creation, and durable economic growth. With our commitment to carbon neutrality, we hope to be a ripple in the pond that creates a much larger change.”

Sustainability and reducing climate impact is becoming a bigger priority for telecom companies around the world. A recent study of more than 2,500 companies conducted by UK telco Vodafone acknowledged that, “The issue of climate change has become much more significant and urgent in recent years. The public have become more vocal about it, regulation has increased and businesses are being more proactive about making sustainability a core part of their credentials.”

Carbon neutrality is often cited as an environmental goal by countries, conglomerates and even premium Vodka brands these days. A recent report by Vox noted that Amazon CEO Jeff Bezos pledged that his company would be carbon neutral by 2040; Microsoft has committed to be carbon negative by 2030; Starbucks aims to be “resource positive” within a decade; and Heathrow Airport in London pledged to be carbon neutral in its operations by 2030 (excluding the emissions from flights, which somewhat takes the jet exhaust out of that particular sail).

However, being carbon neutral or even carbon positive doesn’t necessarily have a one-to-one correlation with reducing emissions. While companies in every industry are taking real steps to lower their emissions, the last mile to “carbon neutrality” or being “zero emissions” is often accomplished with the purchase of Carbon Credits.

Carbon Credits are programs, usually operated by governments and independent climate bodies, which allow companies to spend money on green technology research, sustainability initiatives, supporting climate charities, or other related causes (depending where you are in the world) in exchange for shaving numbers off their total carbon emissions.

Jamie Davies of Telecoms.com is an outspoken skeptic of carbon credits, commenting that, “If you have a big enough bank account, anyone could be carbon neutral without doing much work at all.”

It seems as though Apple, which has often led the way when it comes to the synthesis of green business and big tech, is planning to do the lion’s share of the legwork itself. The company’s climate plan details a strategy to “reduce emissions by 75% by 2030 while developing innovative carbon removal solutions for the remaining 25% of its comprehensive footprint.” 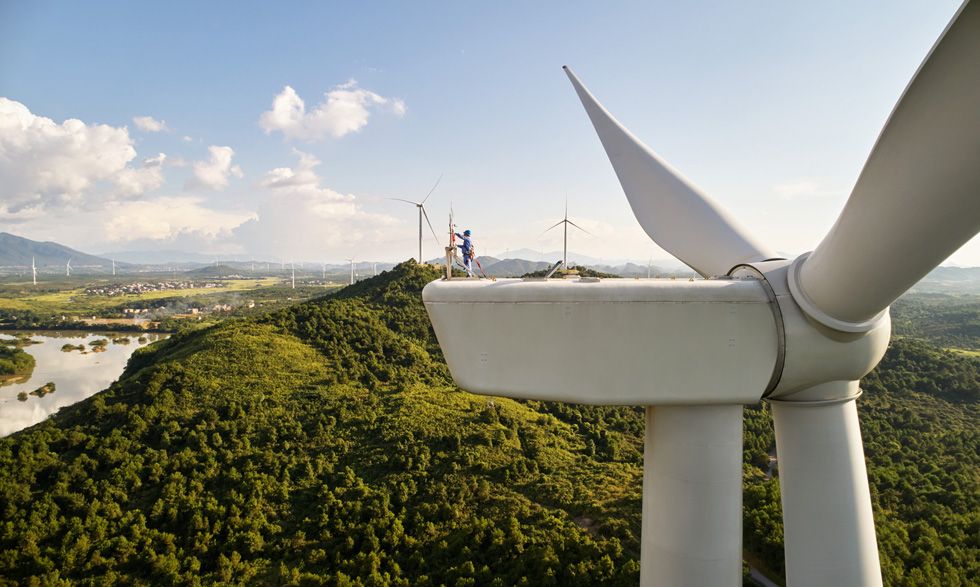 Apple says it will continue to increase the use of low carbon and recycled materials in its products, innovate in product recycling, and design products to be as energy efficient as possible. The company has recently been showing off a new robot called Dave, which disassembles the Taptic Engine from iPhone to better recover key materials such as rare earth magnets and tungsten while also enabling recovery of steel.

Apple claims it is working to identify new ways to lower energy use at its corporate facilities and help its supply chain make the same transition. The company is engaging in a new partnership with the US-China Green Fund, which will invest $100mn in making its supplier network more sustainable. According to the company, the 92 suppliers involved in its Supplier Energy Efficiency Program avoided over 779,000 annualised metric tons of supply chain carbon emissions last year.

Continuing to invest in renewables

Apple says it will continue to purchase 100% renewable energy for its operations, and begin pushing for its supplier network to do the same. The company now has commitments from over 70 suppliers to use 100% renewable energy for Apple production — equivalent to nearly 8 GW in commitments to power the manufacturing of its products. Once completed, these commitments will avoid over 14.3mn metric tons of CO2e annually — the equivalent of taking more than 3mn cars off the road each year.

The company is also building or supporting massive solar and wind power projects around the world, from Oregon to Scandinavia, as well as in the Philippines and Thailand.

Apple is also reportedly working on making the materials in its products less impactful. In the report, the company notes it is supporting the development of the first-ever direct carbon-free aluminum smelting process through investments and collaboration with two of its aluminum suppliers.

This is the area that is going to be responsible for that last 25% of Apple’s carbon neutrality equipment. In order to reach that net zero goal, the company is nvesting in forests and other nature-based solutions around the world to remove carbon from the atmosphere. This includes a carbon solutions fund to invest in the restoration and protection of forests and natural ecosystems globally, as well as partnerships with leading conservation organisations like the World Wildlife Fund to protect habitat and prevent deforestation.

While these are all good things, a report released by Apple for its financial year 2018 put the company’s total carbon emissions at 25.2mn metric tons CO2e. It’s great that the company is working to make up for 25% of its emissions with green projects and partnerships, but these initiatives still leave approximately 6.3mn metric tons CO2e in the atmosphere. And that’s just using the 2018 figures.

If the company does manage to eliminate 75% of its carbon footprint, it will be a huge step, and place it leagues ahead of many telcos, which are still using carbon credits as a crutch in order to receive the pat on the back that comes with a claim of being “carbon neutral”.